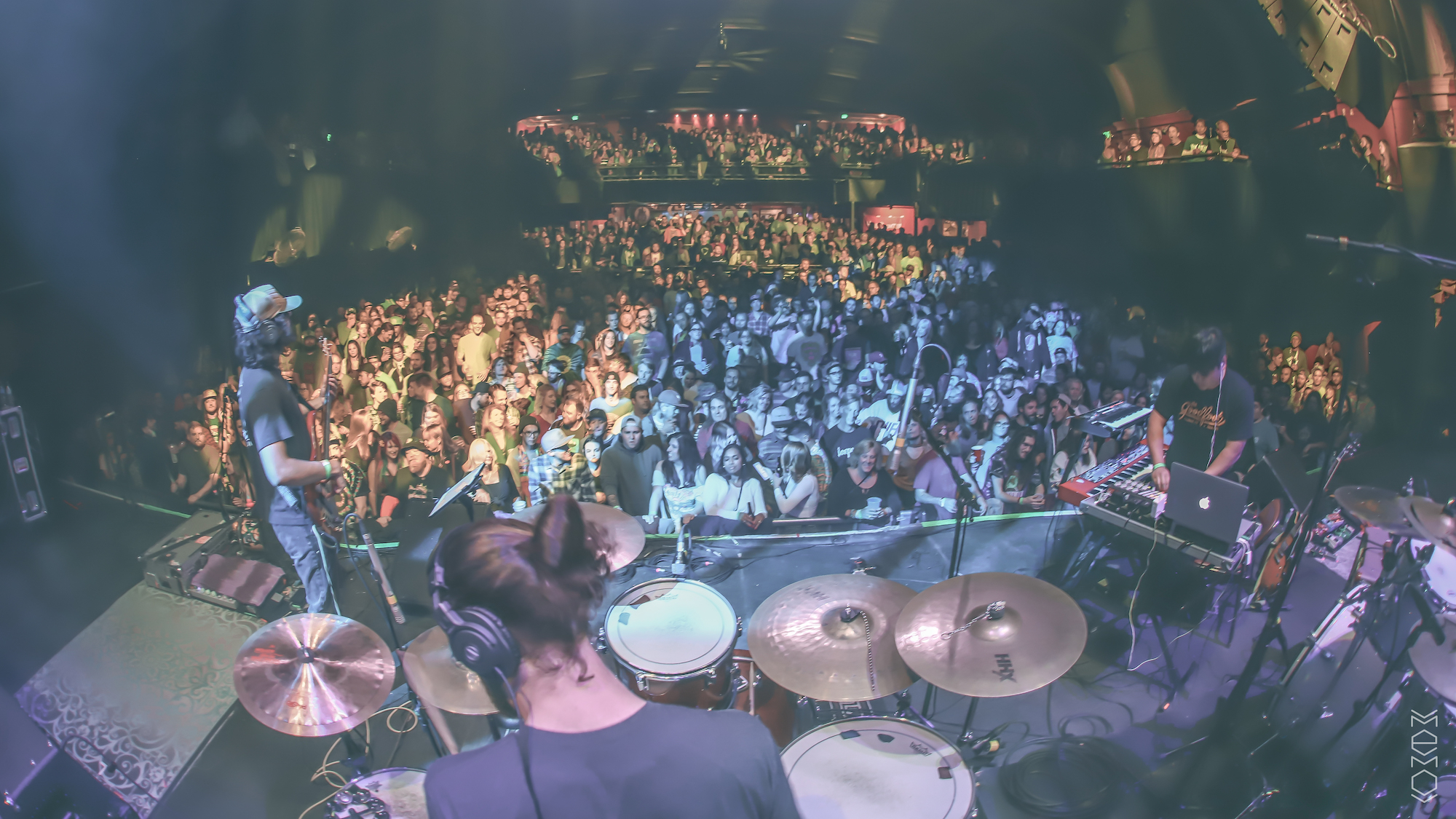 Yak Attack is a live electronica power trio from Portland, Oregon. The band has been building buzz on the strength of its live shows and the instant connection its music makes with new listeners. Their music is best described as "organic electronica", using skillful playing, live loops, and tightly constructed songs combined with raw improvisation to build high-energy and uplifting music from scratch, where every note is played and recorded live. The group draws on influences from a wide spectrum of electronica, such as house, drum and bass, and breakbeat, along with elements of jam, funk, and jazz. The result is a live show that is musically sophisticated but widely accessible, with a diverse and engaged fanbase that travels to out of town shows and festivals to witness the band's continually evolving sound. Yak Attack has been selling out local and regional shows and has developed a reputation as "the region's go to late night act" in the summer festival and afterparty circuit. They spent the early part of 2019 touring in support of live electronic heavyweights STS9 and Sunsquabi, the band has also shared the stage with emerging acts such as Fruition, Turkuaz, TAUK, Pigeons Playing Ping Pong, and The Magic Beans. After releasing "Safety Third" on Ropeadope records in 2018, the band is currently recording their fourth full-length album, while making their debut at national events such as Camp Bisco, Jazzfest, Peach Fest and many new cities across the country. Watch for Yak Attack to bring its unique dance party to a venue near you.

Four years after going on hiatus, Jimkata is back with a renewed sense of purpose and an extraordinary new album. Recorded in Syracuse with producer Jason Randall, Bonfires finds the trio digging deep and stretching their boundaries with bold, intoxicating arrangements fueled by swirling synthesizers and anthemic hooks. The songs here are at once modern and classic, blurring the lines between the organic and the electronic as they reckon with doubt, struggle, and perseverance in a search for truth and meaning. Like much of Jimkata’s catalog, Bonfiresdelivers transcendence in tight, dancefloor-ready packages, but there’s a sense of freedom at play that pushes the trio’s performances to new emotional heights, a kind of liberation that can only come from learning to let go of expectation and embrace the moment.

“I think the time away brought us all more maturity, more patience, an ability to see the bigger picture,” says singer/guitarist Evan Friedell. “We all gained a lot of perspective on life and the value of being in a band together.”

Indeed, the heart and soul of Jimkata has always been the enduring bonds between Friedell and his longtime bandmates, guitarist/keyboardist Aaron Gorsch and drummer Packy Lunn. Pals since middle school, the three launched Jimkata in 2005 while attending Ithaca College, where they quickly found an audience for their relentlessly feel-good performances, which grew from local house parties to club, theater, and festival dates on the strength of a series of critically acclaimed albums. Popdose hailed the band’s “bubbly sweetness,” while American Songwriter praised their “organic chemistry,” and Relix raved that the trio’s sound “proves that rock-based music still has a place in the world of four-on-the-floor beats.”