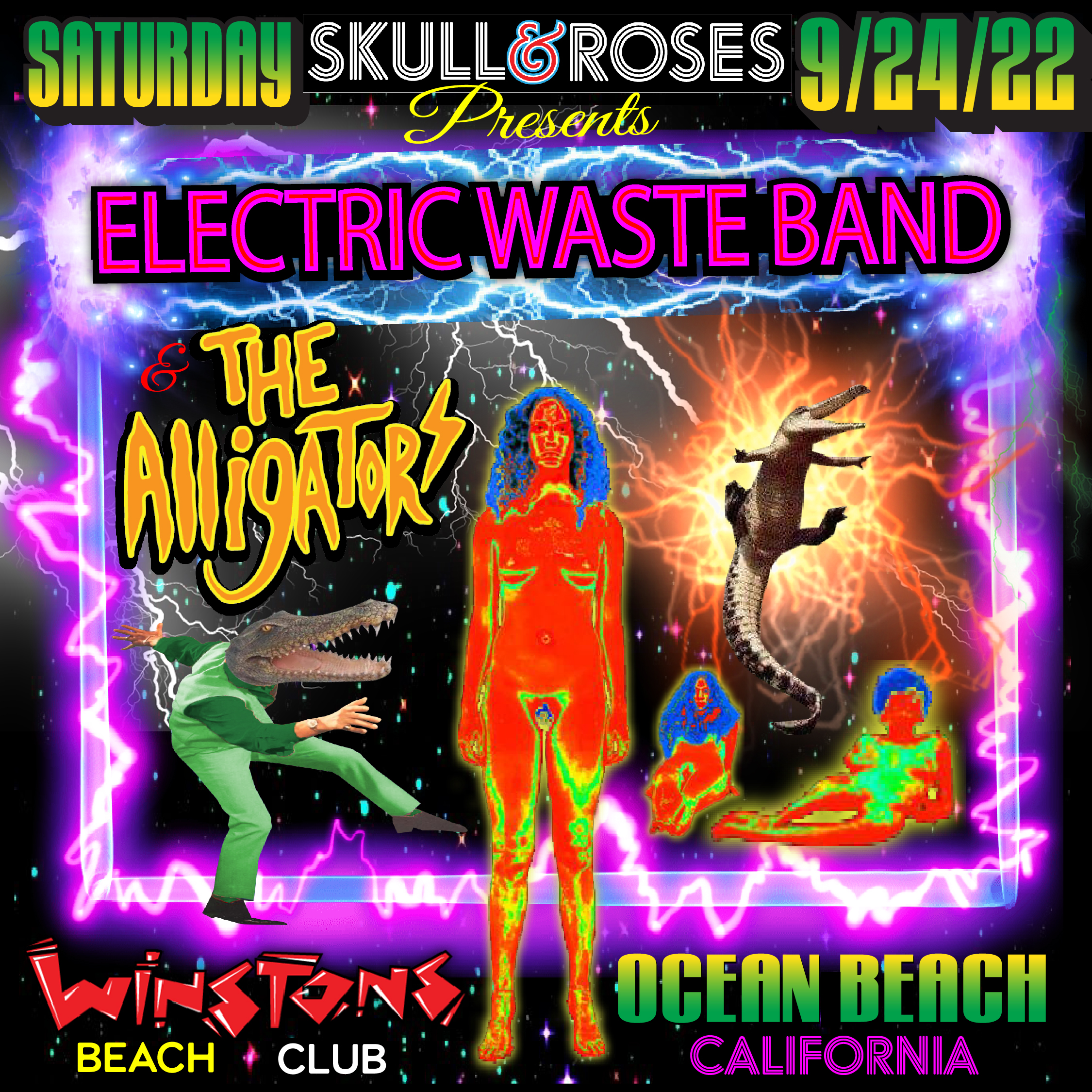 The Road to Ventura begins in San Diego with a double dose of Rockin', Chompin' action! A full throttle night of Pigpen / Grateful Dead Celebration.

Emerging out of the swamps of Southern California, The Alligators were formed to celebrate the music of Grateful Dead, “Pigpen” and Beyond!

Simply put, The Alligators are here to party hard and Rock you!

The bands repertoire consists of high-octane, whiskey-soaked versions of the often-neglected Pigpen songs that are the bedrock foundation of the Grateful Dead. They don’t stop there, however, and one is never sure what may materialize in their barn-burning performances.

Their energetic stage show is anchored by lead singer, Pete Carona, who’s unique style is Pigpen-esque, but in No way presented as an impersonation. The dual guitar assault consists of “Stevie Ravioli” on Rhythm guitar and Steven Kim—AKA “The Kimchee Warrior” on Lead Guitar. Chompin’ the keyboards and piano is “Berkey Gator” and on bass guitar is “J.J. Gator” Rounding out the rhythm section on drums is Richard La Chomp.

The bands first show in 2017 was just supposed to be a One-Off gig to fill a 6am time slot of another band who had cancelled a last-minute festival spot. Our Manager and Founder of Southern Californias skull n Roses festival, Chris Mitrovich, had a last-minute epiphany to fill the void with a fresh band to kickstart the day. He rallied each band member who all came from completely different musical backgrounds, and genres, but all shared a common Love for big time jams and Grateful Dead Music.

That day… The Alligators were born.  We got such a wonderful response as we came off the stage that first show, all the people in attendance were saying to us “Where do we see you next?” So, we rolled with it, and every show we play, the crowds get bigger and bigger, and the Jams keep getting sweeter and sweeter! The gas pedal has been pinned to the floor ever since. The Alligators play year-round spreading the gospel of fun-loving, ass shakin’, Boogie Woogie, Swamp-rockin’ Jam Music. Come and join the party and … Chomp with us!

Electric Waste Band began rocking the San Diego area in the summer of 1989. Their unique improvisational interpretations of over 150 Grateful Dead tunes soon made Electric Waste Band San Diego's favorite Grateful Dead tribute band. The high energy sound the band produces is the result of the enthusiastic crowds that gather each and every Monday night at Winston's for the last 27+ years. Rather than play the traditional licks, the band focuses on the unique fact that unlike any other band, The Grateful Dead does not have a definitive version of their songs. Any other tribute band is delegated to playing the signature licks and solos that we all know by heart. The Dead's music is a luxury for musicians in that it provides endless opportunity for exploration. Electric Waste Band prides itself in the fact that; where the Dead would guide you safely up the hill and back down, EWB, once leading you up the hill, pushes you over the cliff!

High Voltage Dead is the mantra...