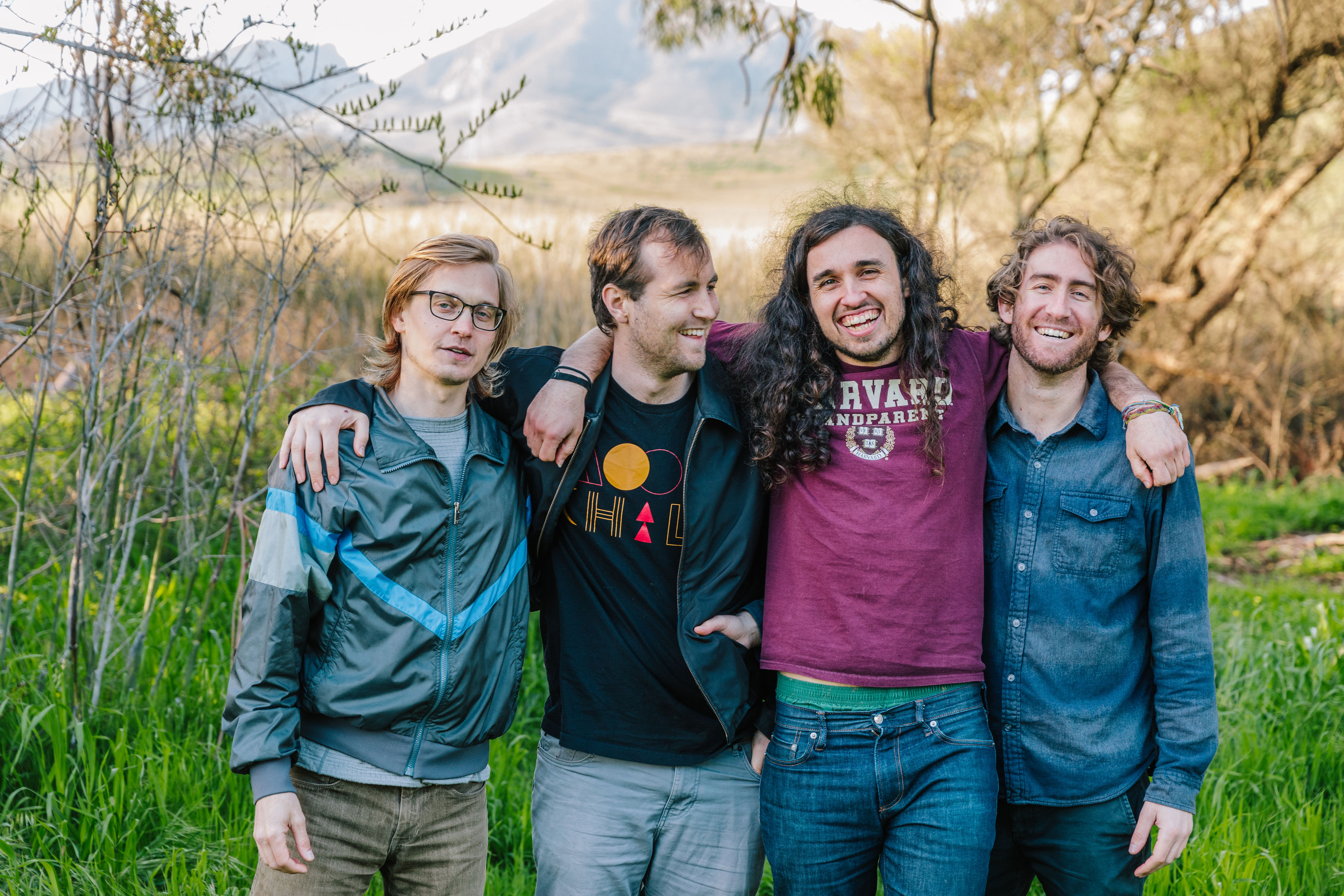 The following recount of the epic of Próxima Parada was translated from ancient Greek dactylic hexameter and is traditionally attributed to Sophocles (although recent investigations by way of modern advancements hypothesize the text as a discarded fragment of Homer's Iliad):

It all emerged from the discovery of freedom way back when. Próxima Parada, protector of goslings, formed as a result of a murmur, a moo moo, the recitation of a Nordic dirge, and a desperate whimper; sounds heard all the way down to the Mississippi Delta, which had long been shining like a National guitar. Though the individuals of Próxima Parada were all ephemeral in flesh, their collective offering of goodwill in the aural realm became immortal by wish of the gods.

On Olympus resounded a long, deep breath of agreeable relief, as the gods delivered their most interesting gift for Earth, Kevin Middlekauff, enchanter of the four stringed bass lyre, son of Leto of the Lovely Locks, to whom they gave the patience of the Bald Eagle along with his fierce talons, which made plucking strings a markedly difficult task. With him came a fleet of Achaean spearwomen. Enrapt in observing a quarrel between armies of men, the gods let fall a quiver of divine arrows, and the jumble that fused upon an unforgiving collision of earth and oxen created many a Nicholas Larson, bleak souls with shrill voices. One Nicholas was given the great fortune of finding Kevin, who guided him through wind and sea away from a shameful life as a lotus eater and taught him the Seikilos epitaph ("While you live, shine / have no grief at all / life exists only for a short while / and time demands an end").

Joshua Collins’ lineage cannot be enumerated with exactitude, although Agamemnon, supreme commander of the Achaean armies, was informed by an oracle that Joshua was the end result of an abandoned beard. How he and his young fur joined Próxima Parada is even less understood.

Following a fortnight of arrows raining from both armies, Apollo ceased his observations of Troy to ponder a creation forming in the northern reaches from the percussion of glaciers striking Galdhøpiggen, Scandinavia’s boldest mountain. Savage ice and rock had been warring for ages. Apollo, to establish consonance in that great region, sent Aaron Kröger, king of Mycenae in the Peloponnese, hiker of short pants. Aaron percussed the earth with his dual gold-bestudded sceptres to instruct the sun of the tempo of the day and the moon of the night’s gloom. Satisfied in frigid Norden, he prepared himself to settle in asceticism for the rest of his days.

Not before long, under the tutelage of Olympus, the three boys became something akin to men and the silence turned to harmony, harmony that spread through the yellow hair of Aaron Kröger, into his ears, and reverberated in his heart. Having never been moved so by man, he vowed to percuss alongside the sounds of the three. Próxima Parada, the amalgamation of the four regions of Nether, was erected in January of 2012 of the Gregorian Calendar, although The China National Petroleum Corporation would soon change their fiscal calendar to mark Próxima’s birth as year 0.