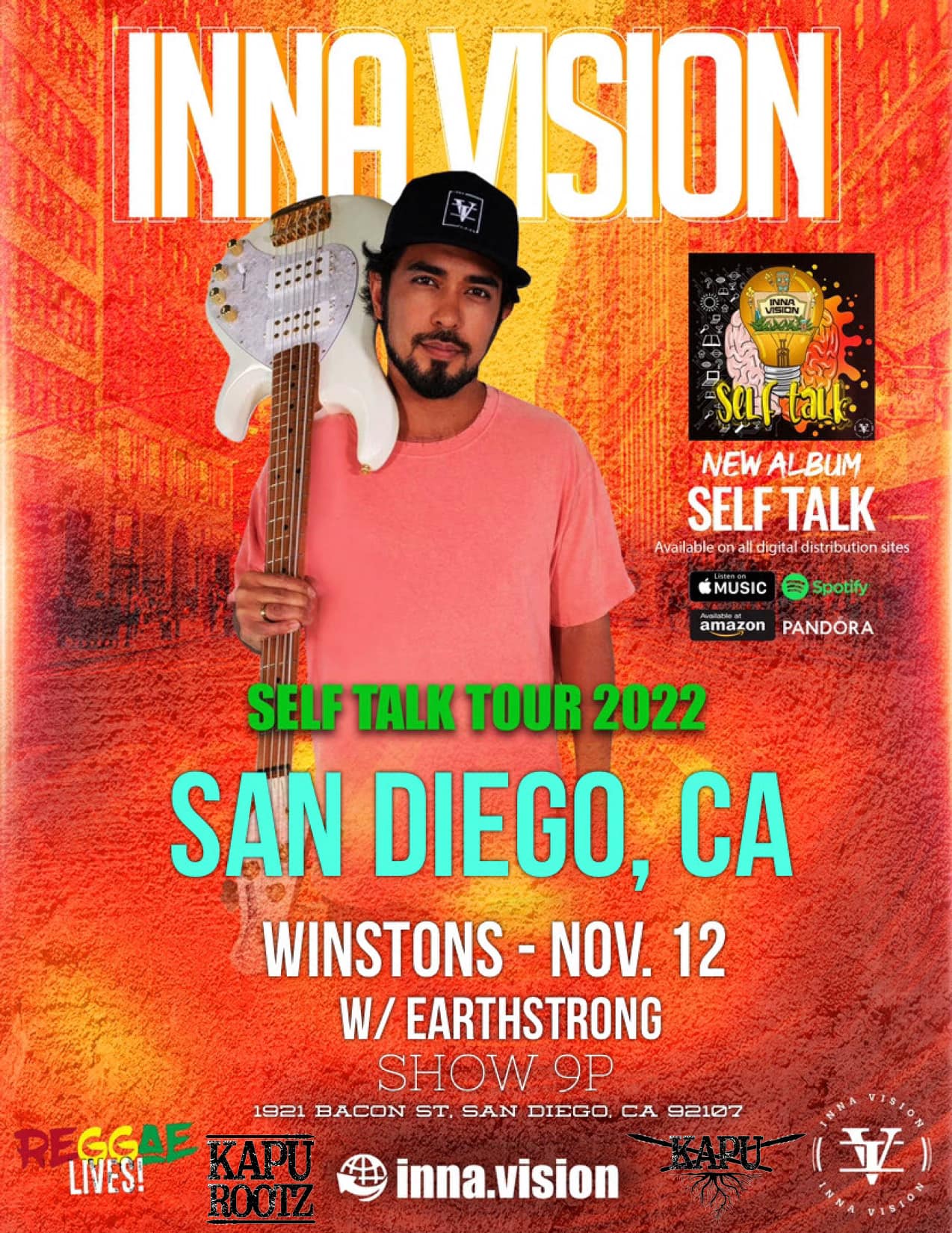 International Reggae Band Inna Vision continues to represent Hawaiian Reggae on a global stage with lyrical consciousness, versatility, infectious energy and a relentless work ethic. Up rooted from the tiny island Maui, Inna Vision has toured the U.S.A. consistently since 2008 performing in over 70 cities and also touching stages in Europe, Canada, South America and Tahiti.

2018-2019 proved massive with the release of 3 Full length albums including greatest hits compilation “Best Yet” celebrating 10 years of Inna Vision music. The hard hitting album “Link Up” and “Best Yet” both climbed charts quickly and both were nominated as “Reggae album of the year” finalist by Hawaii’s Na Hoku Hanohano awards. Following release and U.S. headline tour Inna Vision made Europe debut performing in London, Amsterdam, France with stops on legendary festivals Summerjam (Germany) and Montreax Jazz Festival (Switzerland).

Costa Rican reggae band Earthstrong is a steady rocking outfit that blends tight tropical rhythms with pop hooks and sweet vocal harmonies. The group’s upbeat style is enticing, infectious, and will fill any dancefloor in an instant. Earthstrong just dropped its first single “Anything,” which comes from its debut album With Love From Costa Rica. It’s an immediately memorable song built around great playing and powerful, positive lyrics. The track has unlimited commercial potential and will undoubtedly inspire many people around the world. All of Earthstrong’s songs feature positive lyrical messages and the band’s goal is to spread them to the people of the world.
Earthstrong grew out of a YouTube channel called Costa Rica Jam Sessions that showed music videos the band produced in various scenic locations around the country. Fan response was strong and people wanted to see the group play live and stream its songs online. This organic interest lead to the creation of Earthstrong. The band’s name means “happy birthday” in Patua, or Jamaican Creole, and expresses Earthstrong’s vision to live every day with the positive energy of a birthday. Earthstrong is one of the most entertaining and engaging reggae bands to be found anywhere and brings something wonderful to the international music community. Turn these tracks up loud and get lively!