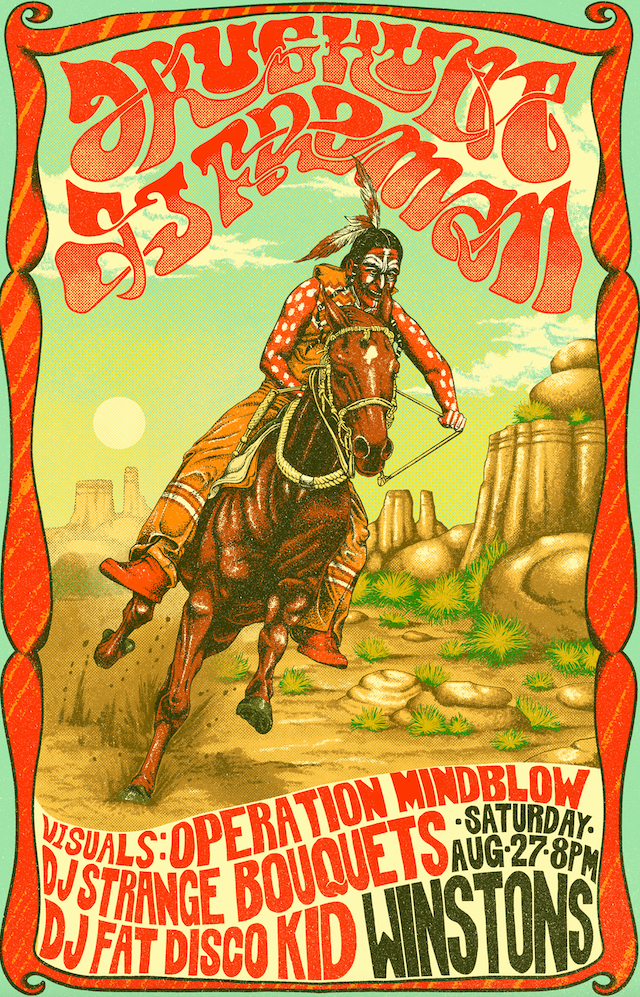 Drug Hunt, a bizarre quintet of natural seditionists, bastardizes Psychedelia with the orphaned idealism of American Post-Punk and early British Hard Rock. While recording Drug Hunt (Self Titled), the band captured an array of musical hallucinations in a genre bending fashion that produced a sound entirely their own. As a result Drug Hunt (Self Titled) is a searing four song EP that burns like napalm in the echoes of a sixties resurgence. Imagine a Doors album produced by Steve Albini, written by Nick Cave, and fronted by The Stooges at a biker bar
.
With two new releases slated for 2019 (Drug Hunt (Self Titled) EP in July, and a follow-up full length in October), Drug Hunt is quickly earning a fierce reputation for their prolific output and incendiary live performances, being named one of NBC’s “Top 9 Bands to See Live in San Diego.”

In Southern California, a new wave of Rock & Roll artists are changing the very definition of the California sound. At the helm of the pack is Drug Hunt, howling ravenously under the delirium of a new moon.

AJ Froman originally started as a recording project between Albert Bowman and John Joyce. Two musicians from the east coast living in San Diego who came together with similar musical interests. After recording a 7-song EP with the help of Jeff Shaefer, the three began an latin, experimental, progressive rock project. After cycling through a variety of musicians, the band currently consists of Sarah Norwood, William Hart, Albert Bowman, Jeff Shaefer, and John Joyce.

Since then, the full band has released a 5-song EP entitled ‘Nocturno EP’ as well as a full length album entitled ‘Phoenix Syndrome’. With influences ranging from latin, psychedelic, progressive, experimental, and blues, as well as being accompanied by live artist, Jimmy Ovadia, the group does a fine job taking you on a musical journey through harmonized melodies and syncopated rhythms.