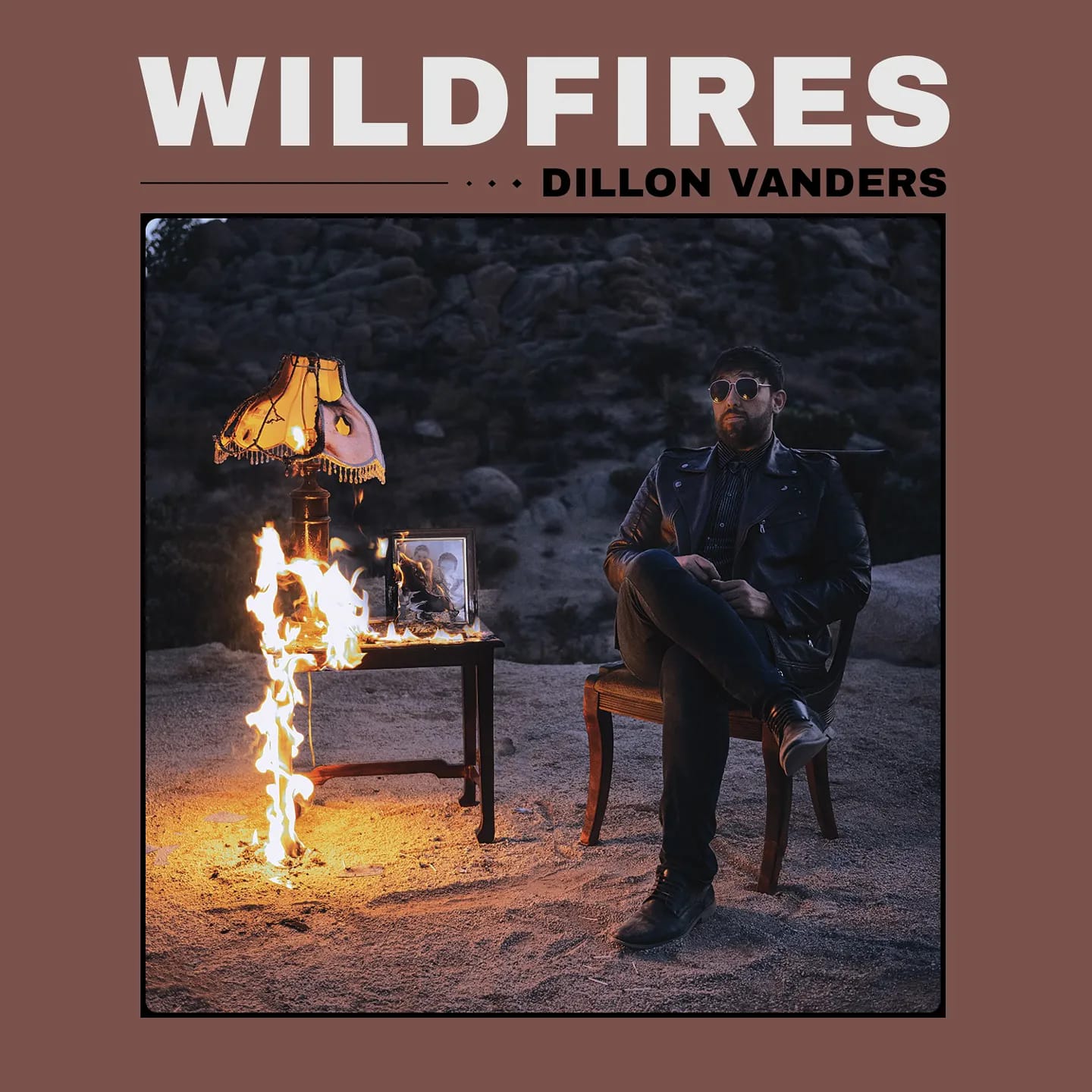 illon Vanders’ musical origins are firmly rooted in Laurel Canyon-era classics; the Long Beach, California-based songwriter grew up on a steady diet of Simon & Garfunkel and Joni Mitchell, later embracing country legends such as Johnny Cash and Marty Robbins. On his solo debut, Wildfires, these influences are evident from the initial acoustic guitar and piano interplay of lead-off track “The Road Ahead,” a song that harks back to “The Only Living Boy in New York,” albeit via Southern California rather than Greenwich Village. From there, Wildfires takes the listener on a carefree, easy-breezy ride, journeying from "deep down in the valley" in the catchy title track, all the way to the tumbleweed-y closer of "Paradise.”

Recorded at Robby Krieger’s (the Doors) studio in LA and produced by Michael Dumas and Shayna Adler, Wildfires features an accomplished cast of studio musicians: guitarist and pedal steel player Greg Leisz plays with Jackson Browne and has worked with Beck, Lana Del Ray, and Bruce Springsteen, among others; drummer Mario Calire was the original drummer for The Wallflowers; and guitarist Al Bonhomme played with Dwight Yoakam and Pete Anderson and has performed at the Grand Ole Opry.